To celebrate reaching $25 per story on my Patreon campaign, I interviewed Kemen Sendoa from the Erdemen Honor series. This interview takes place after Honor’s Heir, so beware of spoilers! I’m also sharing this scene for #SaturdayScenes, a weekly event on G+. You can find me on G+ here.

Kemen enters the room. As the author, I wrote from his perspective, imagining what it would be like to be tall, to be male, to be a soldier, to be a Dari. I experienced these things from his perspective, not my own. Now I see him from the outside, and I understand better how he is so intimidating. I am a petite 4’11”. He towers over me; he must be at least 6’8″, perhaps as tall as 6’10”. He is broad-shouldered, but built more like a gymnast than a linebacker. He sits across from me, graceful as a cat; despite his size, he makes me feel suddenly clumsy.

Thank you for agreeing to this interview. How would you like to be addressed? General? Ambassador? Kemen? Lord Sendoa?

Kemen is fine. Thank you.

What is your favorite color?

Kemen blinks and looks a little puzzled. Green. Then his lips quirk in a secret smile. And blue.

Have you ever loved anyone other than Riona? In a romantic sense?

What do you think she sees in you?

I wonder if I am wrong to ask this, but I am the author. Surely I have the right to ask him more personal questions than others do. Besides, this is an interstitial conversation; it never really occurs and affects nothing.

I do not know.

Honestly, you have no idea what she might see in you?

I do not speculate on why she loves me, but I trust that she does.

He absently rubs his thumb across the hilt of the dagger at his hip. It isn’t a threatening gesture, but for a moment I understand why people fear him. His face is lean, the lines of cheekbone and jaw chiseled of dark stone. Perhaps it is the olive brown of his skin, or the subtlety of his expressions, but he is difficult to read, even though I know him well. The bright white silk of his shirt lays softly over the sharp edge of his collarbone, the great muscles of his shoulders and chest. He sits with his back perfectly straight, every inch the military officer on duty, though he isn’t wearing his uniform. The posture is natural, not forced, and I recall that he has been a soldier from childhood.

What is your favorite childhood memory?

I don’t have one.

Really? Not one? Any pleasant memories you would be willing to share?

His eyes go distant for a second. Most of my pleasant memories are times with Yuudai. We talked as boys do, about the future, about war, about our classes and classmates and teachers. I enjoyed our field training. We were often partners; I enjoyed the immensity of the woods, solitude with a friend. Entering the king’s service was a proud moment, as was the first time I beat one of my instructors in school.

Who was that? How old were you, an what happened afterwards?

Ekaitz was the first, the senior open-hand combat instructor. He had… pushed us harder that session than in the past. I was nine when I beat him the first time, near winter break that year. At winter break I was moved up to fifth form rather than finishing out the year in fourth form. By the end of spring session I had beaten all of the combat and weapons instructors at least once, and I was moved up to sixth form. I also skipped eighth form. I taught the advanced open-hand combat class and several weapons classes the last year before I graduated and entered service.

That’s quite impressive! So you showed your potential early. Did you ever consider that others might be jealous of your success?

Jealousy does not befit a warrior. I choose not to assume those I meet are so petty.

Has that always worked out for you?

No. His eyes are steady on my face, and I wonder what story he has not yet told me.

What is your favorite weapon? Why?

The longsword. I am most practiced with it, and can use it one-handed for a short time.

How do you balance honor with fighting to win?

Any fight can be fatal. In accepting a fight, you’re accepting the fact that you will probably either kill or die in the next few minutes. So you should never fight over words. Strength and honor are not threatened by words and insult. Honor is what you do and who you are, not things that are said about you or to you. No one can take your honor away from you.

He studies my expression. I don’t mean you must kill your opponent. With superior training and the right circumstances, it is sometimes possible to win without killing, perhaps without even injuring your opponent. Honor dictates how you treat a defeated opponent. Respect, mercy, kindness… these virtues are not in opposition to honor; they are intrinsic to honor. It is impossible to be honorable without kindness and mercy to those over whom you hold power.

In a duel, honor dictates following the rules of combat as agreed. Duels are rare, of course, but they do happen.

Sparring is different. Sparring is practice between friends and fellow soldiers, an opportunity to work together toward the common goal of greater skill.

Do you think your parents are alive somewhere? If so, would you be interested in meeting them?

He hesitates, then answers quietly. I have always assumed they were dead. If they are alive, it would be strange to meet them as an adult.

You were apparently paid quite well when you were an officer, with bonuses for valor and extra pay for teaching additional training sessions. Yet you had very little money when you met His Majesty Hakan Ithel. What happened to all of that money?

A soldier’s savings are held by the army with his pension until requested. Many soldiers send their money back to their families every month, but mine accumulated. When I was discharged, it should have been given to me. Kepa’s message, which I did not receive, probably provided an explanation, but I have not asked him about it. It wasn’t a substantial sum. I had given money to several young enlisted soldiers with families that had outpaced their earnings; I had little need for it and it was only sitting in the king’s coffers. When I was discharged, I did not think to request what money remained. Once I had recovered enough to remember it, I preferred solitude to arguing with the bureaucracy. In retrospect, that kept me unnoticed by Taisto for years, but at the time it was a decision born of frustration rather than wisdom. In the intervening years, I took only enough escort jobs to pay for basic survival supplies. Solitude was more necessary than gold.

So perhaps you understated how difficult it was to tolerate Hakan’s questions when you first met. Is that right?

Perhaps. A smile flickers across his face. It matters not. I am glad we met.

Do you feel you acted as gently as you could toward Lani, given her feelings for you?

Kemen blinks slowly and doesn’t say anything for a moment. What do you speak of?

You did know she had feelings for you, didn’t you?

He is still as a stone. No.

Long, awkward silence. Kemen stares at me, as if it is my fault. I suppose it is.

Who is your favorite character from literature?

He existed in history, but the epics show a model of a man, an aspirational archetype. The accounts of him tell not only of the legend of Kardu, but about us and what we value. Therefore he is instructive, both for his own time and for ours.

What will you title your autobiography? Or your biography, I suppose.

The book about your life. People will want to read about you, you know. Outside of history books.

He stares at me. I had underestimated how unnerving that could be, but I think he is merely perplexed, not irritated. If someone writes about me, I suppose they can call it whatever they wish. But I doubt anyone will read it.

As an ambassador and the Minister of Military Affairs, you’re part of the ruling class now. How have you adapted to this luxurious life?

Slowly and not particularly well. He smiles slightly. I can’t argue with the small luxuries. A hot bath is a magnificent treat I will never fail to appreciate. I also appreciate the clean clothes that some else has washed, and the variety of food that I never enjoyed as a soldier. But… he hesitates … I fear that I will become soft. I appreciate the rigor of life as a soldier, not only because hard work keeps one skilled, but because it is good for the heart to be challenged. A man doesn’t develop character and courage through being comfortable.

Also, the fame that accompanies my position makes me uneasy. I am a man, not an aspirational archetype. I smile, and his eyes glint with subtle satisfaction. I wonder if he will elaborate on this. I imagine that he will say something about how his own expectations of himself are high enough, and adding the hero-worship of a nation is near crushing. But he says nothing, leaving me to fill in the blanks as he watches me, grass-green eyes sharp on my face.

How do you navigate the different groups in power? Nobility, commoners, servants, military officers, Ministers… How do you address such different audiences?

I am honest. He smiles wryly. I’m not particularly good at politics. Hakan knows he has my support and my advice when he asks for it. I have always tried to treat everyone with respect. Somehow that seems more unusual now that I have titles.

What are your plans for the future?

Any political changes you’d like to make? Family plans?

Hakan and I hope to increase the number of schools for common children. I have military duties as the Minister of Military Affairs, and I am still involved in the diplomacy with the Tarvil people and with Rikuto. There is travel involved, as you can imagine, so I am kept busy.

He smiles, a flash of white teeth against his dark skin. I will be spending the winter in Stonehaven, though. Ria is expecting again.

Thank you. His smile widens.

Would you like to support my writing? Please consider purchasing my books individually or becoming a Patron!

Extra: A Cold Wind – Scene from Riona’s Point of View

Get Heroes for FREE! Write a review and tell me about it

At long last, Honor’s Heir is available! I’ve been working on this book for a long time, and it finally came together […] 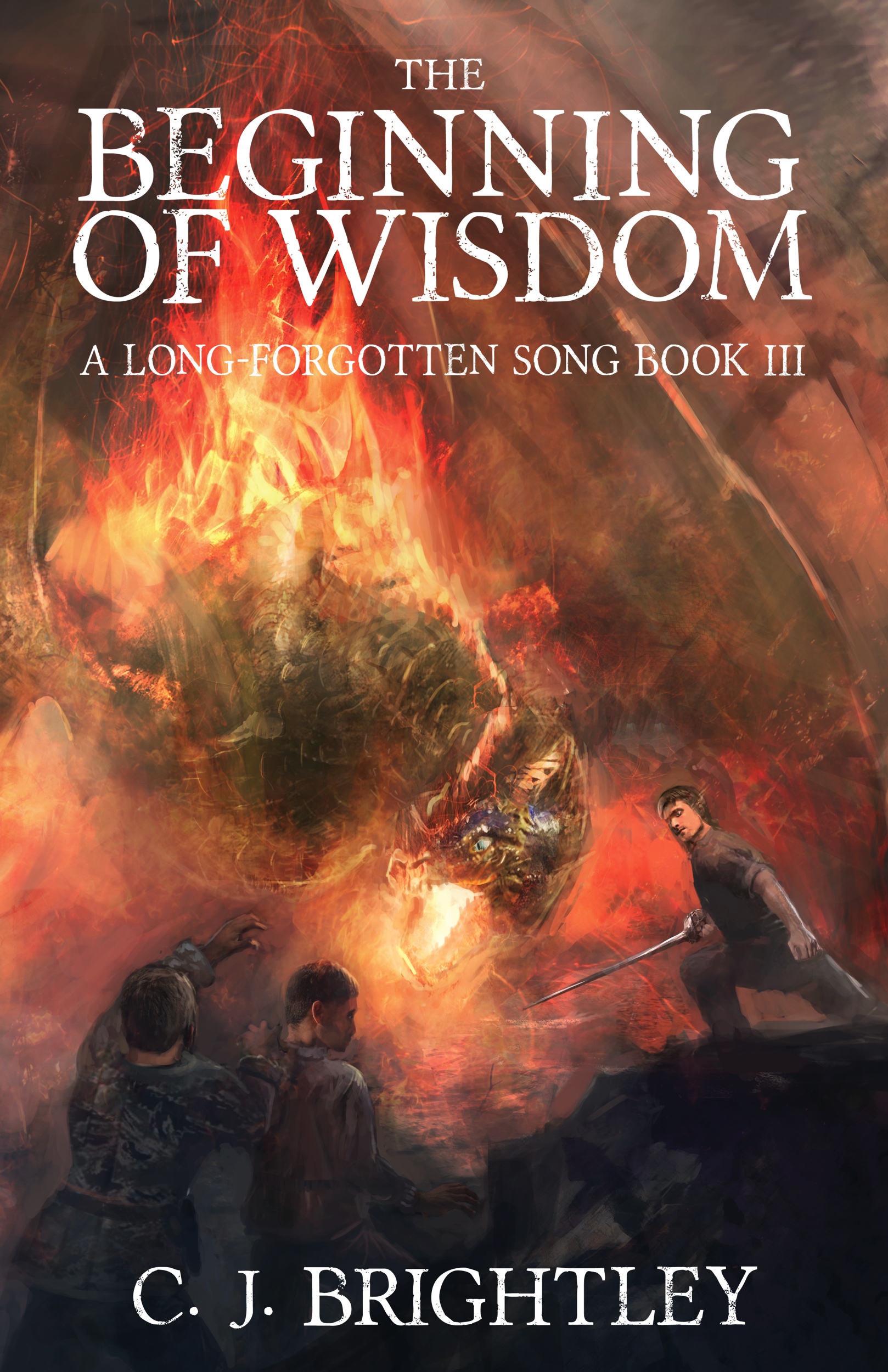 FantasyBookCritic was kind enough to publish a guest post I wrote about The King’s Sword called The Different Facets of Fantasy. I don’t […] 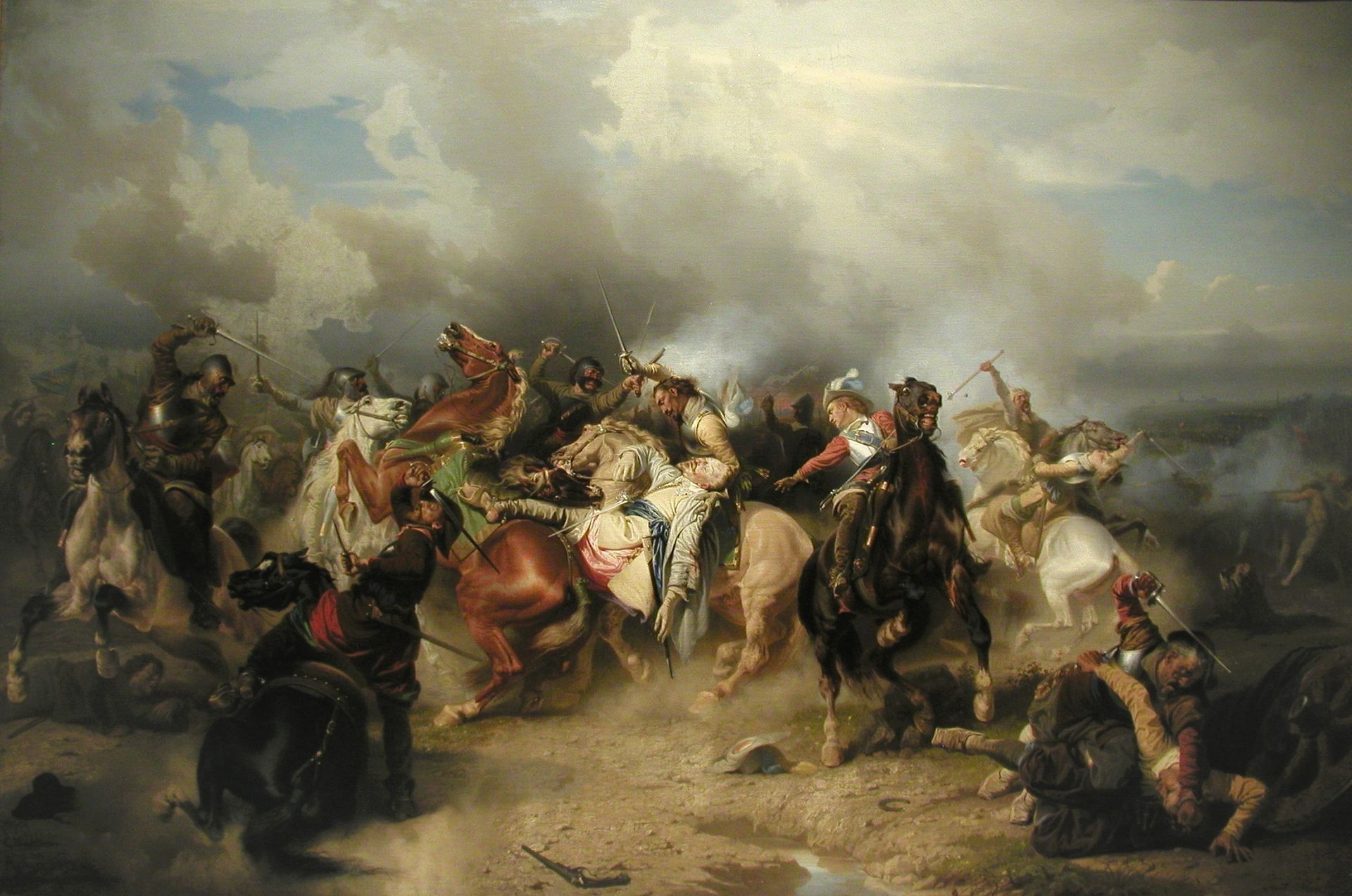