I decided to interview Hannah, the narrator of A Fairy King and A Fairy Promise. Several readers submitted questions, so I asked Hannah directly. If you have any more questions, or questions for other characters, please let me know! 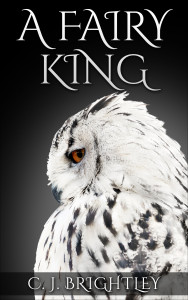 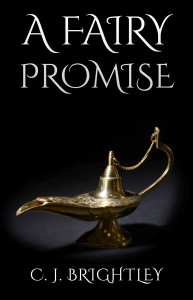 C. J.: Hi Hannah. Thank you for making time to speak with me.

Hannah: You’re welcome. She is soft-spoken. She brushes her hair back from her face with a slender hand; a ring flashes on her finger.

C. J.: That’s a beautiful ring. Is it from Cadeyrn?

Hannah: Her smile lights the room. Yes! Isn’t it beautiful? She hesitates, then says, Although I should probably tell you that you ought to call him His Majesty High King Cadeyrn. But you’re the author, so I don’t know if protocol really applies to you.

C. J.: My apologies. I have a few questions from readers for you, if you’re ready.

C. J.: First, one reader asked why you weren’t “creeped out” by His Majesty High King Cadeyrn’s first letter. Wasn’t it strange and a bit scary to receive a mysterious letter like that?

Hannah: She chuckles softly. Of course it was strange, but I was so very young! I lived a sheltered life; it never really occurred to me that Cadeyrn’s letters could be anything more dangerous than a prank by other children at school. I certainly didn’t imagine an adult preying upon gullible children or anything like that. His letters were… innocent, I suppose. Her expression grows thoughtful. He never asked anything of me. Perhaps, if he’d asked me to meet him somewhere or do something for him, I might have been more skeptical or cautious. But he never did. His letters were like gifts with no strings – anecdotes and drawings and paintings with no expectation of any reply.

C. J.: Did you ever speak to your parents about him?

Hannah: She blushes. No. I… mentioned once that I had a pen pal. I believe I was twelve or so at the time, old enough to realize how strange the letters were. My mother and father were interested, but then my mother mentioned that she’d never seen any letters in the mail box. They asked where he was from.

Hannah: I mumbled something about “very far away” and ran upstairs to do homework. She smiles, and I can tell she is embarrassed. I wanted to talk to them about it, but by then he’d been writing so long that I felt speaking about him was somehow betraying his confidence. I didn’t want to explain why I hadn’t told them earlier, and I knew they would ask questions that I didn’t know how to answer. She sighs. Now, of course, I know it would have been wiser to simply talk to them. But I was young. I talked to them about nearly everything, and this felt like a precious secret.

C. J.: I understand. Another reader asked why you decided to trust His Majesty High King Cadeyrn.

C. J.: Well, first when you chose to take his hand when he offered to take you to Victoria Falls, and then shortly afterward when you chose to go to Faerie with him rather than have him take you home before he returned to his kingdom.

Hannah: She licks her lips. Well, the simple answer to the first is that I’m not entirely sure that I believed he could take me to Victoria Falls. I knew he did magic, of course… but the idea of closing my eyes in my living room and opening them in Africa a split-second later was too mind-boggling to really comprehend. I took his hand because… because… she blinks rapidly, then brushes tears away… because you should have seen his eyes. If you saw how much he’d hoped, and then saw that hope die because I hesitated… I couldn’t distrust him.

He didn’t show it in any other way, just that tiny light of hope and excitement in his eyes fading away, the slight smile that just… vanished… into this royal courtesy. I realized how much he’d bared himself to me, and how my hesitation hurt. I couldn’t bear it!

Hannah: Oh, how could I refuse that chance? The castle where he grew up, the goblins and beasts he’d written of… I couldn’t say no!

Hannah: Dozens of times. But I never said it aloud. I barely thought it in words. When he wrote of his father’s cruelty or his mother’s coldness, of the war, of the exhaustion of rebuilding his kingdom… I wished I could comfort him. I wished he could visit my family. I wished he’d come on our summer vacations to the beach and the mountains, the time we rented a cabin in the Appalachians and spent a week hiking. I wished he could know what a real family felt like. I wished he’d keep me company while I was studying for finals!

But I never said it. Not once did I say the words aloud.

C. J.: Did you think something would happen if you did?

Hannah: … She hesitates, her expression thoughtful. Not exactly. I think… maybe I wasn’t ready, or maybe he wasn’t. Maybe I knew something would happen, and so I feared magic without knowing I feared it. Or… maybe something kept me from it.

Cadeyrn told me recently that he’d asked Cara to keep an eye on me when he could, and the letters themselves have a slight protective spell on them. Nothing obvious, nothing that would attract attention or break the laws of physics… just a tiny bend in the world, like being a little bit luckier than I should be. I’ve wondered if perhaps the letters themselves played a part in the timing. Cadeyrn says he can’t tell; the spells are faded and wouldn’t leave a much of a sign anyway.

C. J.: A reader wanted to know what it was like visiting Faerie for the first time. Would you tell us a little about that?

Hannah: Where to start? She smiles, eyes sparkling. The goblins were a surprise, of course. They were a little frightening; they don’t look friendly, or natural, or sweet like kittens or puppies. They’re leathery and they move strangely, as if gravity and the rest of physics don’t fully apply to them. I suppose they don’t! Goblins are born magic, like Fae, but they can’t do what Cadeyrn can. They have “low magic”. It’s not an insult… I think it’s more like a low tone in music, for example. Less obvious, beneath the melody… I’m not sure how to explain it. I don’t really understand it yet. Fae have “high magic”… it’s more precise, and more like what you think of when you think of magic. Cadeyrn has much stronger magic any of the other creatures in Faerie, and part of that means he can do things with low magic that other Fae can’t do, as well as much greater feats of high magic.

I’m sorry, I didn’t really answer your question. The goblins didn’t want to be frightening, although I think they were amused by my fear. Very quickly it became clear that they were friendly… even the plumberry they offered was a gift meant in kindness, although it was aimed more at pleasing Cadeyrn than pleasing me.

Afterwards, although I felt terrible about what had happened, the quiet hours in Cadeyrn’s suite were peaceful. I trusted him already, of course, but to see his rooms, as he had seen my house, to see his library and his bed and the sunset from his windows… those hours helped me feel less self-conscious around him, I think.

Later, seeing Comonoc and Einion… She hesitates… Comonoc was rather intimidating, but of course I was thrilled to see a centaur! I’d imagined him for years. I hadn’t known how to picture Cadeyrn; he never sent me any pictures of himself. Not once.

Einion was different. He was dangerous, and terrifying, and unpredictable.

C. J.: You seem to have dealt with him rather well.

Hannah: She gives a nervous little chuckle, then presses her lips together, schooling her face into a more serious expression. She takes a deep breath. Perhaps it wasn’t obvious how very scared I was.

I was lucky, and I’m not sure whether I made a good choice or not. I think I did, but I’m afraid of what it might cost. Not just me, but Cadeyrn and his kingdom.

Faerie is more dangerous than I’d imagined, but also more magical. The way I imagined it had not significantly changed since I was a child reading Cadeyrn’s first letters, and of course Cadeyrn didn’t ever give much detail on many of the less friendly denizens of Faerie. The shadows who eat light and flesh, the Unseelie faction of the naiads… there are quite a few dangers in Faerie. But few of them would ever dare challenge him directly, and with his name protecting me, I’m relatively safe. She smiles, little spots of pink rising in her cheeks. I’m… popular… I suppose, with the Seelie too, so I have many allies. She sobers. With the Unseelie… well, you can’t really guess what they’ll do, but Einion stands by his word, and his authority is… mostly… respected among the Unseelie. I don’t feel safe among them, but I’m probably as safe as anyone could ever be around Unseelie.

Hannah: She flushes bright pink, looking down at her ring and twisting it nervously. I hope so. I hope I can be a good queen… a good wife. We know each other, but we still have so much to learn. She looks up, smiling. But I suppose that’s true of most marriages, isn’t it? You never really know each other until you become one.

Hannah: Of course! Thank you for inviting me. It was lovely to meet you. Perhaps Cadeyrn can come next time as well!

Would you like free books? Of course you would! I’m forming an Advance Review Copy (ARC) team – that’s a team of readers who […] 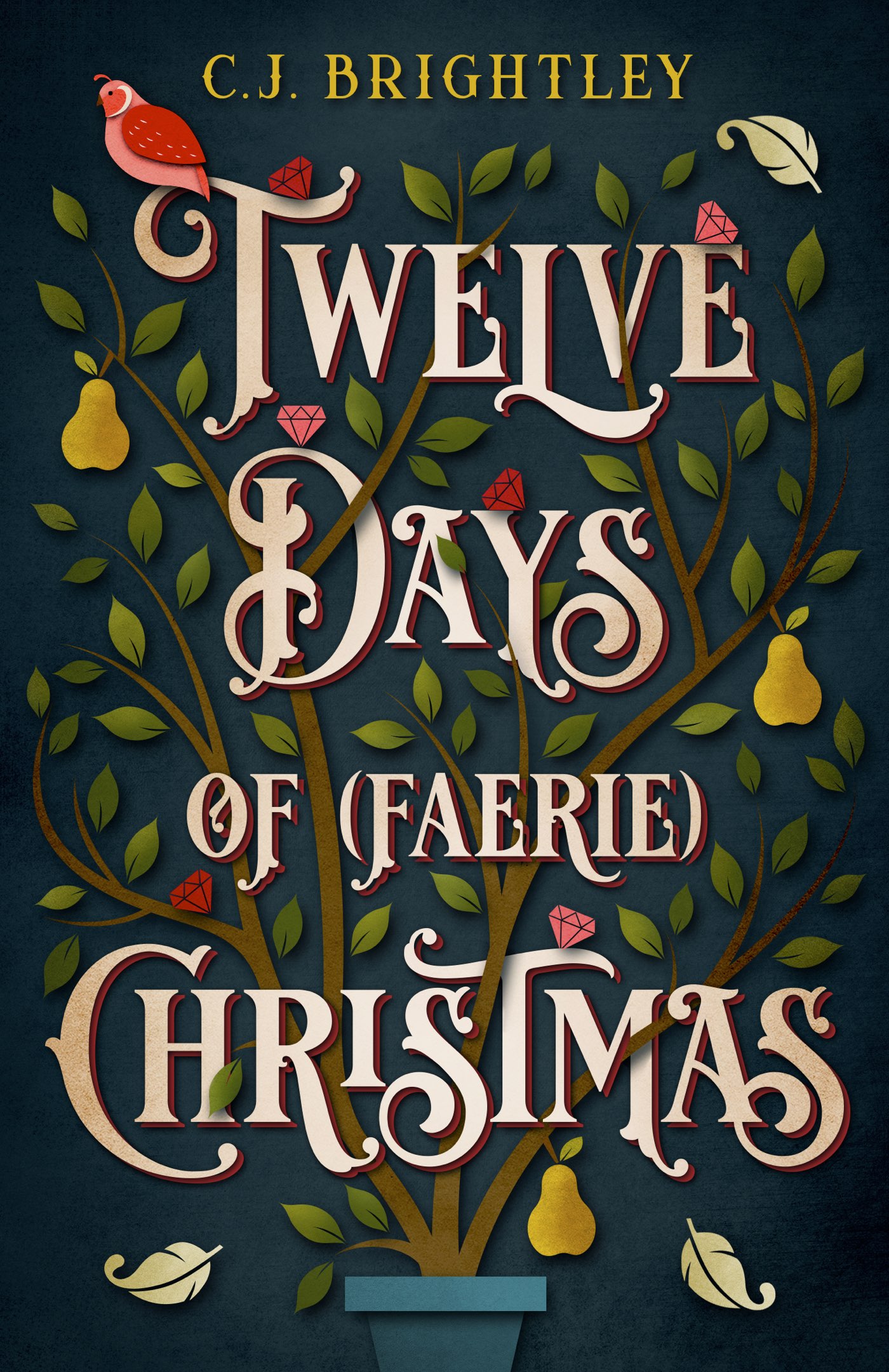 Twelve Days of (Faerie) Christmas is up for pre-order on Amazon and other retailers! With the real cover! When Charlotte meets mysterious Ronan, […]

This is a deleted scene from The King’s Sword, the first in the Erdemen Honor series. There are spoilers for The King’s […] 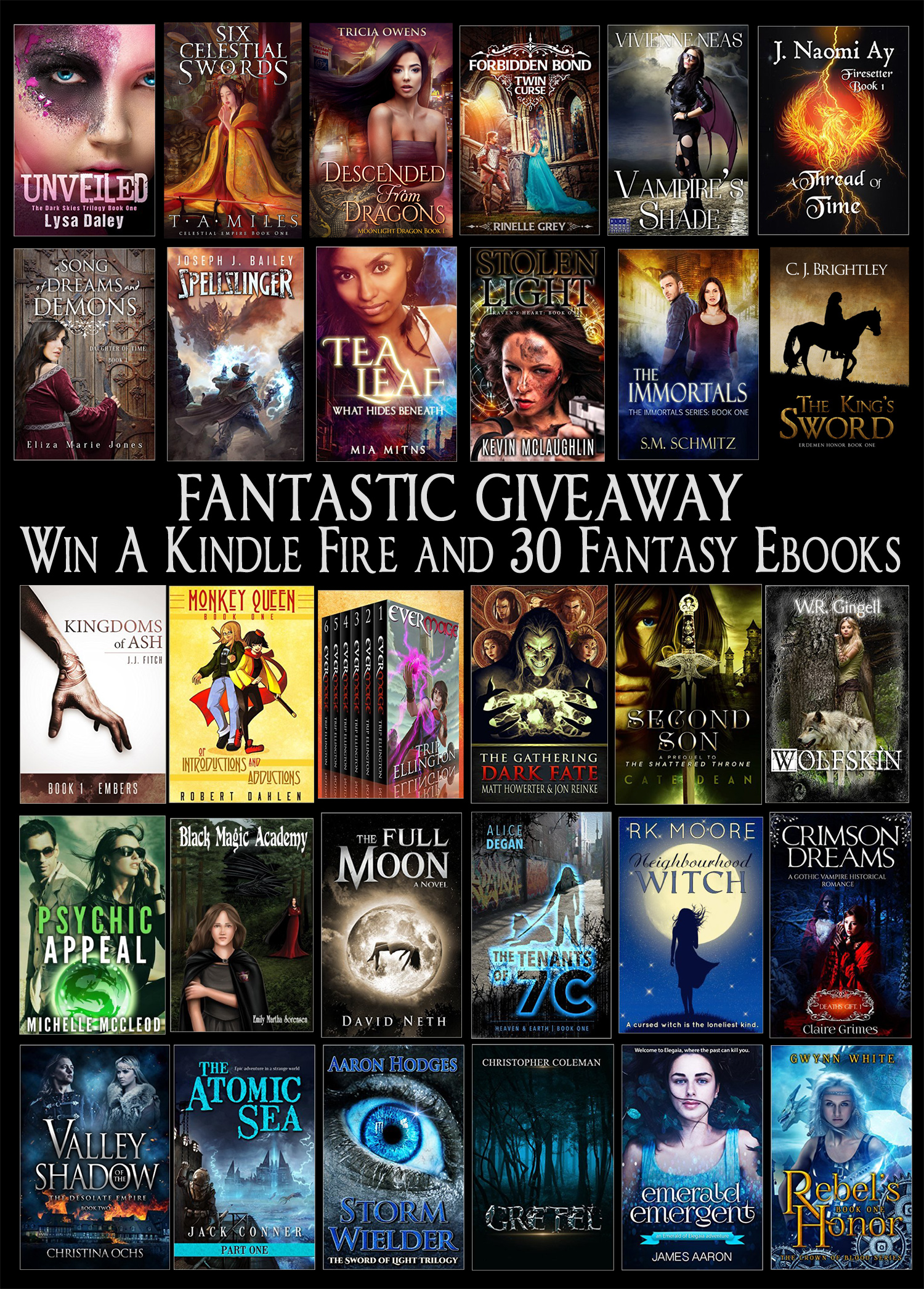 The last giveaway was so much fun I’m hosting another one! This giveaway is also for a Kindle Fire and 30 clean fantasy […]