This guest post was written by A H Gray, the author of The Northumbrian Saga. 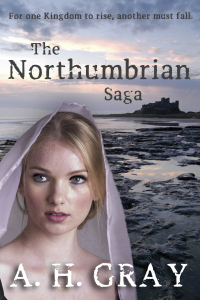 The main thing I have learnt from watching the History Channel’s Vikings series is that people are still interested in history. Many have argued over the show’s accuracy in portraying the Viking period, that it values entertainment over accuracy. If you are an author of historical fiction then you will know this debate very well. Yet from my own experience I have discovered that viewers are as interested in learning the history behind the show as much as enjoying its entertainment value. They want to know truth from fiction and when this happens their first port of call is Google.

But what does that have to do with us writers, particularly if you don’t write about the Vikings?

1. Copying may be the highest form of flattery but it won’t get you as far as you think!

Using the momentum from a TV show/movie/best selling book doesn’t have to mean selling out in order for people to notice your work. Nor does it mean that you have to plagiarise the storyline of your WIP to get the same amount of attention. So if you are thinking of writing about a Viking called Ragnar and his wife who just happens to be called Ladgertha and how their friend Loki builds them a ship which annoys the local chieftain… stop now! Think about it, if you watched and loved Vikings you probably would not go out and buy several books with the same storyline. You may buy one book in your post Vikings euphoria, but then you would be so bored reading the same events that you might not even finish the book, and you wouldn’t buy another. The reason you loved Vikings was because it was unique, a story that you hadn’t heard of before. The same applies to any other genre. No one wants to read the same thing more than once, twice maximum. Be unique.

2. Use the principles of supply and demand to be that first port of call.

Especially where blogging is involved, the success of others can have a benefit on your site if you are smart about it. Of the 60 or more blog posts I have on the history and people of Northumbria during the early medieval period, only 9 are to do exclusively with the Vikings and only 3 of those are on Viking personalities. Yet these are some of my most read posts by visitors to my site.

Writing about the same historical characters then, whether in your novels, short stories or blog posts, is one obvious benefit to filling viewer/reader demand. It gives the viewer/reader something that they recognise and connect with without sounding like a boring re-run. So if you still have your heart set on that Ragnar/Ladgertha storyline don’t despair. It can still happen if you flavour it with your own unique storyline and plot twists. Viewers who have connected with a certain character will want more, so be the one to supply that demand.

3. Supplement the reader’s need with your own information.

Despite the very Viking flavour of this blog post my own blog isn’t strictly about Vikings. It’s about the history of Northumbria and the Anglo-Saxons of the early medieval period. Northumbria was a kingdom in northern England that was destroyed by the Vikings in the 9th century, so even though there is still some relevance I don’t want to be a sell out and write about a subject at the expense of my main interest. Well, the good news is that despite the posts about Vikings being the most popular, my other posts aren’t necessarily being neglected either. It’s not about funnelling their viewers to you and giving them everything they want (i.e. more Viking stuff and lots of it). If you think this then re-read point one. Use your posts on the popular TV show of your choice etc as a hook to attract the readers to you, then lead on to something that reflects your own interests more. They may have come looking for answers about their new love for (insert TV show/Movie/Book here), but they will most probably leave with just as much information on your own interests as well. For you this could even result in a new fan or follower of your own hard work.

Now you have hooked all these new followers you have to try and sustain them and that can be harder than getting them in the first place. They want new information and entertainment constantly and they look to you for their next meal. Come up with a sustainable plan for your blog posts and whenever possible have a back log and a long list of topics that you can draw inspiration from: people, places, events, myths, customs, anything at all that has something to do with your area of interest. It is particularly handy when the subject has a date associated with it (Saint’s days, battles etc) around which you can schedule your posts.

But you don’t even have to be writing about Vikings or historical fiction to do this. The above can apply to any time period or geographical location, even if you are writing science fiction, fantasy, chic lit or romance. After all, when you were writing your story you had to do some research? Why not create posts on the different worlds and kingdoms that your characters inhabit, thecustoms or spells they use? Why not write on some of the real life shops that your shopaholic heroine visits daily? The options are endless.

Even though Vikings has announced that it is going to be back for season three, anything can happen between now and then. Interest in the show may take a nosedive and you must continue to provide entertainment and information, long after the actors have packed up their bags and gone to the next big thing. This is also why you should never base your marketing/promotion solely on the popularity of one TV show/movie/book. We are all fickle consumers so in addition to being unique you must also be adaptable. Always look out for ways to be relatable to the trends without being one yourself. Again, this is not selling out. It is merely using the tools available to your own advantage. 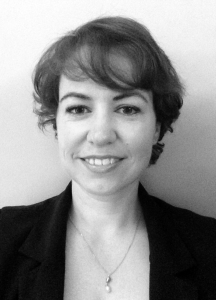 A H Gray lives in the West Australian city of Perth, where she studied History and Archaeology for six years. Influenced by her interest in such subjects, and her love of a good story, a number of ideas and characters have since come to life in the form of her debut novel, The Northumbrian Saga. The novel is intended to be the first in a series of fiction books based on the history and people of medieval Northumbria during the Anglo-Saxon and Viking periods. She is currently working on edits for The Northumbrian Saga sequel as well as writing a novella based on Guthred Hardacnut and his rise from slave to king.

This is a guest post by Sabine A. Reed, the author of the The Demon Mages (Book 1 in The Power of […]

I have Google Alerts set up to notify me when my name or one of my book titles comes up online. Mostly […]

Most writers deal with writer’s block at some point in their career. It can be incredibly discouraging, and it doesn’t always result […]