Sidney Carton was one of the first characters I really loved (after Winnie the Pooh and other childhood favorites), and the one who set me on a multi-year Dickens-and-other-classics phase that lasted through middle school and high school.

Charles Dickens isn’t known for his rollicking adventures or his page-turning plots. Even in the most-obsessed time of my classics phase, I struggled to get through every word of Bleak House and David Copperfield without skimming, looking for the good parts.

Generally I believe the book is better than the movie, and that’s probably true in this case as well. However, sometimes the book is inaccessible or difficult and the movie is a good introduction. I was introduced to A Tale of Two Cities

, which I also saw around this time (one of the very few instances where the movie really was better than the book

!). Having watched the movie version of A Tale of Two Cities first made the (unabridged) text accessible to me, as a sixth grader… I could follow the story better without being distracted by the long political sections or digressions on the geography of Paris.

And the story itself is sublime: a man lost in apathy, alcoholism, and hopelessness, is inspired to love unselfishly. Dickens never tells us much about Sidney’s background, only that he is intelligent and capable of being more than he is, that he has wasted his talents and intellect. He is aware of his wasted potential, and he’s so apathetic, cynical, and hopeless that he doesn’t care. His unrequited love for Lucie Manette transforms him.

You can read a plot summary here, if you haven’t read it and/or it’s been a while and the details are fuzzy.

All through it, I have known myself to be quite undeserving. And yet I have had the weakness, and have still the weakness, to wish you to know with what a sudden mastery you kindled me, heap of ashes that I am, into fire- a fire, however, inseparable in its nature from myself, quickening nothing, lighting nothing, doing no service, idly burning away.

After Charles Darnay and Lucie Manette marry, Sidney Carton is accepted into their family as a friend. He sees the joy of a family, even though he can only experience it as something of an outsider. Later, when Charles is arrested and condemned to die on the guillotine, Sidney deceives him and takes his place, saving Charles’ life.

One of the things I love so much about Sidney’s transformation is that, not only does he sacrifice himself for Lucy’s happiness, but he does it well. On his way to the guillotine, surrounded by jeering crowds, Sidney comforts a young woman next to him who is falling apart from fear. For this great moment, when he could have let himself wallow in self-pity again, he chose to be courageous not just for himself, but for someone else who needed him.

There is physical courage, and there is moral courage. Love is a beautiful thing, and Sidney’s sacrifice would have been courageous and beautiful even without that little touch. But that glimpse of his inner transformation highlights Sidney’s moral transformation – even as he is aware of his own failings, he rises to a challenge that would have defeated him before. He loves, and because he loves, he gives of himself even knowing that he is about to die. Perhaps because he knows he’s about to die. Those last moments of his life show the man he could be, and was, when it really mattered.

In case it’s not entirely obvious by now, I love redemptive endings. I love characters who make the hard choices and sacrifice themselves. I love good guys. 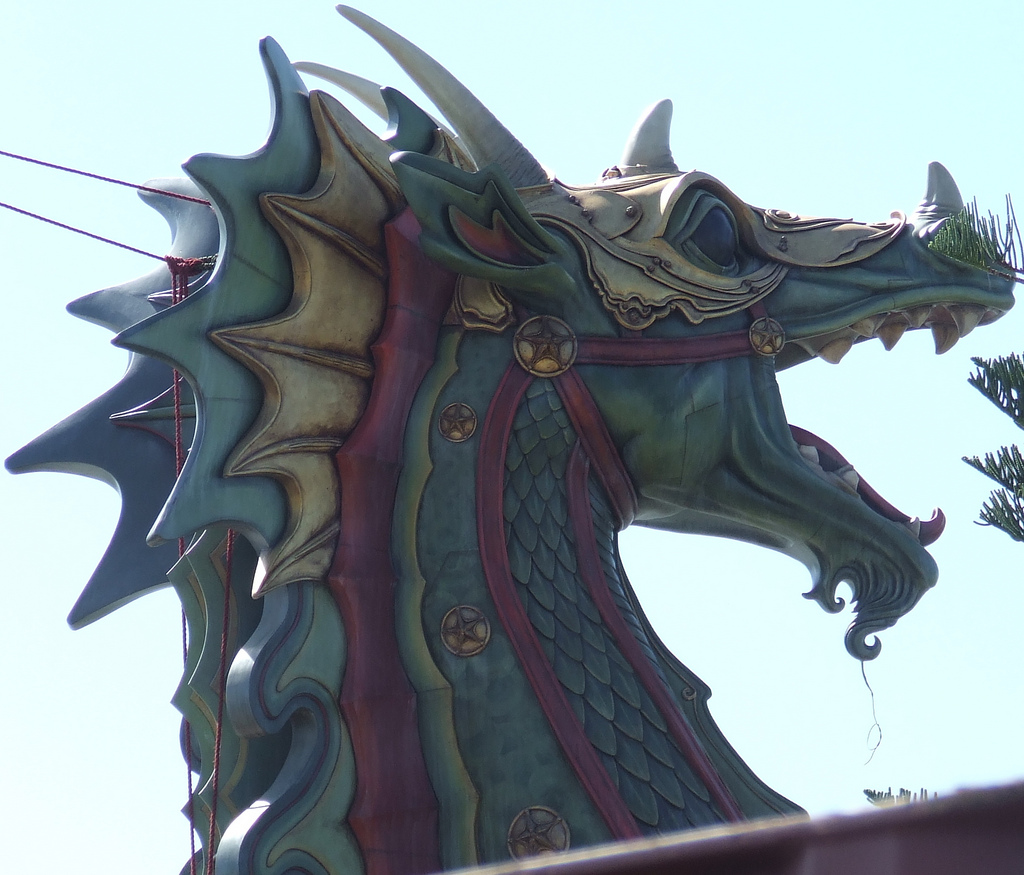 The Marquis de Carabas of Neil Gaiman‘s Neverwhere is a fascinating character. Dangerous, charming, insulting, and heroic, he’s full of contradictions and larger […]

Puddleglum is a marsh-wiggle from C. S. Lewis’s The Silver Chair, part of the Chronicles of Narnia (more info on Wikipedia). He enters the […]