Because only Goblin Kings should sparkle.

I must have watched Labyrinth at just the right time in adolescence for it to work for me. Or maybe I’m sufficiently weird to appreciate it in all its sparkly glory… everyone I know, online or off, who likes this movie is more than a little bit strange.

Jareth is a fantastic character, and David Bowie plays him perfectly.

First, I should clarify that I’m only talking about Jareth as written and played in the Labyrinth movie. I haven’t read the sequel(s) and am not sure if I would like them. Unlike many fangirls of the Labyrinth, I am not a huge David Bowie fan… I have nothing against him or his music, it’s just that I know him only as Jareth and I’m perfectly happy imagining him as the embodiment of this character without exploring the rest of his work. Sorry, David… I’m sure you’re wonderfully cool, but you’re completely typecast to me. I know it’s totally unfair and you’re justifiably famous for many things, but to me, you are and always shall be Jareth the Goblin King.

So, who is Jareth?

He’s a mystery. He’s the only creature of his type in the Labyrinth – there are goblins of many sizes and an orange monster and a dog and short, irritable dwarves and biting fairies and Fieries who take off their own limbs, but there is no other entity even remotely like Jareth. He’s the king. He’s magic, perhaps the only creature with any conscious control of magic, although the others are far from ordinary. He’s mercurial and dangerous, easily angered. But he has a sense of childish fun, breaking into song and serenading Toby and the goblins just for the fun of it. Darkish childish fun, but fun. He’s probably Fae… he looks human, but he’s clearly not exactly human. Apparently in canon he is Fae, but I’m going from only what’s in the movie. If he’s real, can you blame him for being lonely?

Does he really love Sarah?

Maybe. Possibly. Yes? I think so. I love the writing of his character… he’s so ambiguous. If you believe the book Labyrinth that Sarah reads, then yes… he falls in love with her before she ever calls him. Jareth’s owl form watches her in the park while she’s rehearsing the lines. He plays the villain well, and seems to enjoy it, whether it’s actually his nature or just a role. Perhaps he really does give her “certain powers”… it might explain why she is able to defeat his labyrinth. She never does anything obviously magical, but he seems surprised and disconcerted by the way his subjects help her… perhaps her ability to make friends is accentuated by some subtle magic. Or not.

One interpretation of the whole movie is as an allegory of temptation and purpose. Throughout the labyrinth, the various trials and obstacles Sarah faces are like various sins. The Fieries are like druggies… all about having fun, don’t hurt anyone else. “You can only take off your own head!” It’s tempting to just let go, as they do… but she’d lose her baby brother if she forgot her purpose.

How much control does Jareth really have? He seems bound by magical laws that may or may not conform to his own desires. He doesn’t want to let Sarah go, and although he seems happy enough to have Toby, I doubt he would have gone to that much trouble for one more goblin (Toby is, in theory, to be turned into a goblin if Sarah doesn’t retrieve him in time). There are plenty of goblins already and they seem pretty indestructible. Did he even want Toby to start with? Or is this just a job that goes along with the Goblin King job description, and he just has to sort out this mess while playing the villain role.

The end is oh-so-fraught with myriad divergent possible meanings.

“I can’t live within you.” – What a play on the lover’s “I can’t live without you”! Is the whole thing a dream? If so, Jareth is somewhat independent of the dream – his owl form is outside the frame of Sarah’s imagination. He surprises her at times… in fact, most of the time. He’s more dangerous than she understands… she understands the physical danger of the labyrinth, scary though it is, but the seduction of the dance in the peach dream is quite a bit more sophisticated. Perhaps it’s a miscalculation on his part… might she have succumbed to it if not for the clock chiming? Was that an outside force as well, or merely her personality reasserting itself? Yet, despite his disappointment, he doesn’t stop her from fleeing. Maybe he can’t. Maybe he merely restrains himself.

Does he depend on her belief for his power? Perhaps he is an old entity, losing power as people stop believing in him. Her belief in his power is fading… is his power therefore actually fading? Is he trying to lure her to his realm in order to bolster its very existence?

“I am exhausted from living up to your expectations of me.” – It sounds like a plea for pity, but he doesn’t seem to want pity. Perhaps he would appreciate some compassion. Perhaps it’s all just another complicated ploy… until you actually look at him. He does look exhausted and desperate, drawn thin by the effort of… what? Shaping his world to fit her expectations… how? A dream world made real? A real world concealed in a dream? The effort of playing a role that doesn’t fit him as well as she thinks it does?

Is all that effort to keep Toby? I think not. I think it’s for Sarah, although why he went to so much effort is open to interpretation. The labyrinth itself is drawn from toys and decorations in Sarah’s room, making it possibly a dream, or possibly a creation of Jareth’s shaped by Sarah, or his interpretation of Sarah, or… something. Fantasy and dream and reality blend.

“Fear me, love me, do as I say, and I will be your slave.” – Echoes Satan’s temptation of Jesus in the desert, although I don’t know how intentional this parallel is. It could be the plea of an immortal being who needs her dreams to survive. She would serve him with her imagination, and he would literally be her slave, living up to everything she imagines or dreams. Or… is it a marriage proposal? Don’t laugh too hard! How much power to hurt her did he have, and how much did he actually hurt her? He scared her, he threatened her, but he never really hurt anyone. He loved her, if you believe the book, and possibly the owl, since before she had any reason to know of his existence. Perhaps the phrase is a bit overly dramatic, but nothing about Jareth seems undramatic.

What dreams is he offering her? Despite Sarah’s complete distrust of him, I’m not sure that he ever really lies to her. He distracts her, he misleads her perhaps… but hypothetically, if he was telling the truth, what dreams would he have been bound to fulfill for her? To be important and to be cherished are the obvious ones that come to mind (given her childish outburst at the beginning of the movie). What is more important and more cherished than a bride?

My point isn’t to stick to a particularly interpretation. I don’t know that I could decide on only one interpretation. I love how Jareth is written and performed precisely because he’s so open to divergent interpretations. You can see him as the evil child-stealing villain, the amoral enigmatic Fae, the dream-creator, or the romantic anti-hero, and all those interpretations would be more-or-less consistent with his character in the movie.

Why is the Labyrinth movie so great? 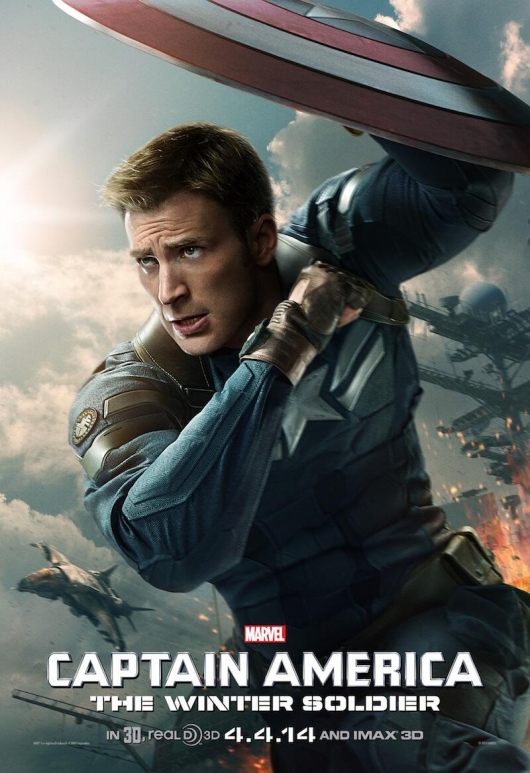 I have never been a comic book fan. The art isn’t really my style (at least the art I saw way back […]

I occasionally post on Quora.com, a question and answer site. Recently someone asked why Labyrinth is so great. You might already know that […]

Returning to my love of classics, The Count of Monte Cristo was one of my earliest favorites. Like Jean Valjean, protagonist Edmond Dantès was […]