, thousands upon thousands of young people have read it and thought “I am Ender.” Brilliant (we’d all love to be as bright as Ender), picked on, manipulated, misunderstood, yet ultimately triumphant (sort of?)… it’s easy to identify with him.

The series continues through a number of other books, but I think it’s best to read Ender’s Game as a standalone at first. The next few books pick up much later in Ender’s life, and are pretty different in environment and feel. They’re good, but they’re different… don’t dive right into Speaker for the Dead

thinking you’ll pick up right where Ender’s Game stops. There are other books in the series, but it’s been so long since I read them that I can’t say much about them.

So what happens? Well, you’ll have to read them to find out. But don’t be put off by the fact that they’re classified as sci-fi, or by the fact that Ender is a child. Ender’s Game, and the others too, are stories about human nature disguised as space opera. If you haven’t read it, you’re missing out.

In order to develop a secure defense against a hostile alien race’s next attack, government agencies breed child geniuses and train them as soldiers. A brilliant young boy, Andrew “Ender” Wiggin lives with his kind but distant parents, his sadistic brother Peter, and the person he loves more than anyone else, his sister Valentine. Peter and Valentine were candidates for the soldier-training program but didn’t make the cut–young Ender is the Wiggin drafted to the orbiting Battle School for rigorous military training.

Ender’s skills make him a leader in school and respected in the Battle Room, where children play at mock battles in zero gravity. Yet growing up in an artificial community of young soldiers, Ender suffers greatly from isolation, rivalry from his peers, pressure from the adult teachers, and an unsettling fear of the alien invaders. His psychological battles include loneliness, fear that he is becoming like the cruel brother he remembers, and fanning the flames of devotion to his beloved sister.

Is Ender the general Earth needs? But Ender is not the only result of the genetic experiments. The war with the Buggers has been raging for a hundred years, and the quest for the perfect general has been underway for almost as long. Ender’s two older siblings are every bit as unusual as he is, but in very different ways. Between the three of them lie the abilities to remake a world. If the world survives, that is.

Winner of the Hugo and Nebula Awards.

So what do I love? Despite the horrible things done to him, and the horrible things he does, Ender doesn’t remain broken. He rebuilds himself, and in doing so, he develops compassion for other characters that you’d otherwise see as completely unloveable.  Instead of becoming bitter, he uses his experiences to understand people. He never loses his sense of right and wrong; it’s difficult, because it means he never gets over his guilt, but it also means he isn’t a psychopath. He doesn’t take the easy way out, of blaming others, of retreating away from other people (well, sort of, but not completely), or of just giving in to anger or despair.

He is, in my mind, the essence of a “strong” character: one defined by his actions, rather than his role in the story. He’s not perfect. He’s not even always “nice” or right. But he never takes short cuts. He owns up to his own actions, both to the authorities and to himself. He wants to do the right thing, even if he’s not always sure what that is.

There’s a movie of Ender’s Game coming out sometime this fall. Honestly, I’m kind of afraid to watch it. It could be fantastic, and it could be absolutely horrible. On the plus side, Harrison Ford will play Col Graff, and Ben Kingsley will play Mazer Rackham. I’ve only seen Asa Butterfield (who plays Ender) in Hugo, which was decent. But… Ender is SUCH a huge role, and so much can go wrong with the movie, from special effects to acting to just… everything. I won’t be able to NOT watch it, but I’ll be nervous about it! What do you think? Will it be good? 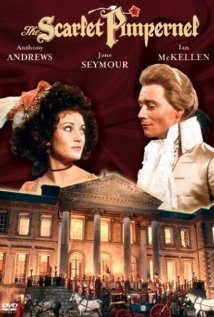 I admit it. I’m a Scarlet Pimpernel fan and have been since high school. I first saw the 1982 movie (link to […] 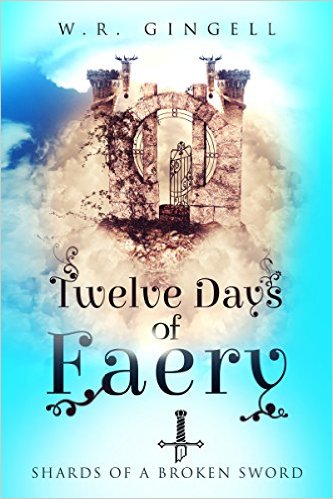 More adorable characters from W.R. Gingell! Althea and Markon are the two main characters in Twelve Days of Faery. Althea is confident […]

One thought on “Characters I Love – Andrew Wiggin (Ender)”